The world is full of obvious things, which no one ever fully observes.

Today as we soar towards the heights of development, we are taken under the depth of crimes and misconduct. Due to highly modernized gadgets, the criminals have become nearly invincible, and it is only through scientific investigation and the critical analysis of investigators that the ever-growing darkness of criminality is being curbed.

The students of grade XI shed light on these issues through the highly anticipated Crime Scene, held on January 26. 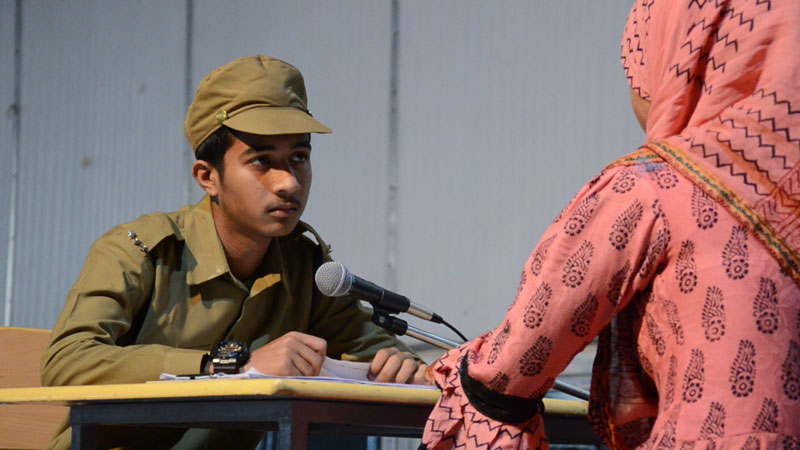 The day started with an eerie ghost infiltrating the land, which quickly sparked the curiosity of the audience, who were oblivious to what was about to come! The audience was quickly escorted to the multipurpose hall, where they were greeted with a hanging corpse modelled by the students, colourful yet scandalous stations set up by the students.

The event began, a mystery to be unfolded both the students, teachers, and the audience was captivated by the storyline. The audience were glued to their seats, till the enthralling performance ended.

The process of how the investigation and scientific analysis takes place was outlined and made easy for the audience to understand. Through this event, we also shed light on important social issues such as suicide and excessive addiction of technology, and its adverse effects.

Towards the end, the audience visited different stations and asked questions about the process of scientific investigation, and how immensely science has contributed to making justice common.

The event was a day to remember and cherish, it brought smiles on the faces of audience. The tremendous hard work and efforts by the teachers and students paid off well.